This has been a sad and difficult couple of weeks for all of us. On Tuesday, Americans experienced yet another horrendous school shooting, with 19 fourth graders and two teachers victims of the carnage. This follows the racially motivated shooting at a Buffalo supermarket which claimed 10 more lives. In 2022 alone, per www.gunviolencearchive.org, there have already been 214 mass shootings, resulting in 243 deaths, 926 injuries and countless others scared or traumatized.

Cardinal Blase J. Cupich, The Archbishop of Chicago, said “The second amendment did not come down from Sinai. The right to bear arms will never be more important than human life.”  Most of us would agree with that statement wholeheartedly. But where does that take us – individually and as a community – at a time when there is also a great political divide?

Individually, each of us needs to make our own decisions about whether and how to act. My personal position is clear and absolute, and if interested, we can discuss off-line. The more complicated question is the community one. There is great support throughout the community for our plans to elevate the quality and professionalism of our security efforts, through hiring a community security director. Our priority is keeping the Schultz Campus and Jewish community safe.

But are we prepared to go further? Should we act as a community to advocate for sensible gun laws? Will we join local or state-wide coalitions that are focused on the issue? What’s our position and how do Jewish values, law and tradition inform it?

Let me know if you are interested in being part of this conversation. It’s the least we can do to honor the memory of all the innocent people lost to this senseless violence.

Thanks to all of you who were able to join us at last night’s Campus Gala. If I had to sum it up in one word, it would be WOW! We had over 200 guests in the room who came to honor 16 Shaw JCC and Lippman staff members who have worked a minimum of 20 years on Campus – representing a combined 484 years of dedicated service to the community. As a career non-profit professional, I have never seen staff recognized and honored in such a beautiful and heartfelt way. WOW!

Special thanks to event co-chairs Andrea Minster and Molly Stock, who along with event coordinator Trish Crane, planned and organized the entire event. While we look forward to sharing our fundraising results soon, the meaning this has to the staff is truly priceless.

On a more somber note, my most recent “Reflections,” shared on April 28 (see below), talked about my personal connection to the Shoah through my 94-year-old father’s experience as a survivor. Sadly, on Wednesday evening, he entered hospice at the Hospice of the Western Reserve in Cleveland. I’m sharing this for two reasons. First, I am so thankful that I was able to write about him while he was still able to appreciate the words, but this is another near daily reminder that we are losing this incredible generation who witnessed and experienced the most tragic chapter in our history. Second, thank you for your support and friendship, as well as your understanding if it takes me a little longer to get back to you or move a project forward.

The Akron Jewish community is a very special place. I am honored to be here to work with all of you.

Last night, the community gathered to mark Yom HaShoah, the annual day of remembrance for those who perished in the Holocaust. As part of the program, I shared the following remarks…

As some of you know, my father, Michael Blain, is a 94-year-old Holocaust survivor. His story – like that of so many survivors – is both incredible and tragic – incredible in terms of the smart and fortunate decisions that allowed him to survive, but tragic in terms of the family members he lost, including his parents (my grandparents), siblings, nieces, and cousins.  I never could fully understand what my father experienced, how he survived, and the depths of his grief. A few years ago, I travelled to Poland, which of course included a visit to Auschwitz, where many of my family members died in the gas chambers. But even with these close, personal connections to the Shoah, it also always felt very distant – in time and place – and impossible to align with my generation’s experience growing up in the United States – let alone the experience of my children. It didn’t feel real. 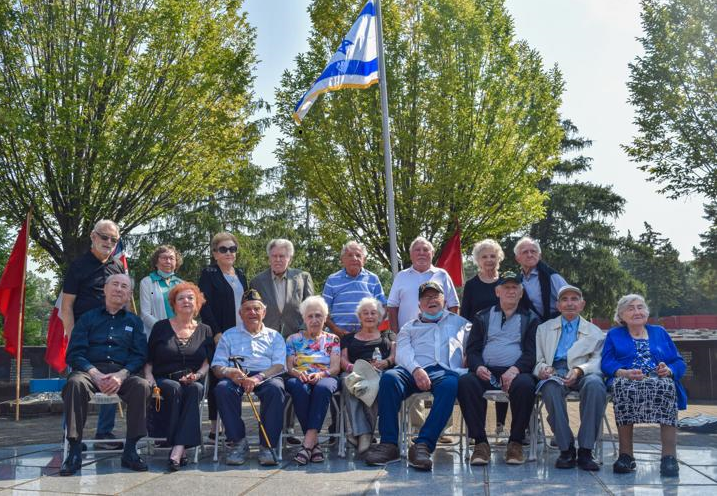 I don’t feel that way anymore. Since the Shoah, we have witnessed too many other genocides and wars with hundreds of thousands of civilian casualties – Korea, Vietnam, Cambodia, Bosnia, Rwanda, Darfur, Syria, Afghanistan... Now, with Russia’s invasion of Ukraine, we see it on the news every night – in very real time. And it’s happening to people who look like you and me – people who two months ago were living peaceful lives - enjoying their families, their homes, their hobbies, their careers. People who could never imagine how their lives – everything they know – were going to change. It is abundantly clear that life is cheap when in the hands of authoritarian leaders and regimes, who are ready to divide, to isolate, and to marginalize to achieve their misconceived and nefarious goals.

What is also clear is that this is a perilous time for the Jewish people. Yesterday, the ADL issued a report showing that Antisemitic incidents reached an all-time high in the United States in 2021, with a total of 2,717 incidents of assault, harassment, and vandalism. This represents the highest number of incidents on record since ADL began tracking antisemitic incidents in 1979, and a 34 percent increase over 2020. Attacks against Jewish institutions, including Jewish community centers (JCCs) and synagogues, were up by 61 percent, incidents at K-12 schools increased 106 percent, and incidents on college campuses rose 21 percent.

That’s why events like tonight and yesterday’s Annual Akron-Summit County Holocaust commemoration and awards ceremony are so important. Never forget isn’t only about honoring the memory of those who perished in the Shoah; it’s also about remembering and preventing the dangers of unchecked prejudice and hatred – regardless of who is on the receiving end. Simon Wiesenthal said, ““For evil to flourish, it only requires good men to do nothing.” The Holocaust illustrates the consequences of prejudice, racism and stereotyping on a society. That’s why we must never forget.

Tomorrow night, Jews around the world will sit down with family and friends to celebrate Passover. Surveys and studies consistently show that the Passover Seder is the most widely practiced Jewish ritual. But what makes the Seder so compelling?

I grew up in a home that always had two seders. I remember full houses with many guests (including college students and soldiers from the nearby Army base), staying up late, lots of singing, ten plagues, the four questions and four cups, doors opening and closing, a suspenseful search for the Afikomen, and an incredible meal – literally from soup to nuts.

And of course, like many American Jewish families in the 1970’s, we used the Maxwell House Haggadah – complete with pictures of Sanka, Yuban and Taster’s Choice.

Now that we host our own Seder, we have moved on from Maxwell House. At our Seder, while our primary Haggadah is Noam Zion’s A Night to Remember, we have about two dozen other versions at the table – representing a diverse range of experience – traditional and contemporary; LGBTQ; Holocaust; El Al; social justice; Zionist; folk art; recovery; feminist; labor; peace; environmental... We even have a Russian-Hebrew Claymation Haggadah, which is a favorite even if most can’t read it.  Guests are welcome to explore these on their own or free to share interesting content with the group.

The Passover Seder connects Jews throughout time and across an incredibly diverse range of values, expressions and experiences. The Seder provides a common touchstone for Jews everywhere – in Akron, in Israel, on at least six continents, even those remaining in or fleeing Ukraine. The Seder reminds us that as Jews, no matter how we practice and what we believe, our fates are intertwined and our journey going from slavery to freedom is an ongoing one. For me, that’s the essence of Passover.

Wishing you and your family the best for a joyous and meaningful holiday!

P.S. This outstanding article shows the tremendous dedication and effort of our partners on the ground in ensuring that Jews in Ukraine, in Russia and throughout the region also can celebrate Passover. It’s a poignant reminder of why we do the work we do. https://apnews.com/article/russia-ukraine-africa-europe-berlin-passover-91a86a1668df7fd15cb879911a0d9dcd 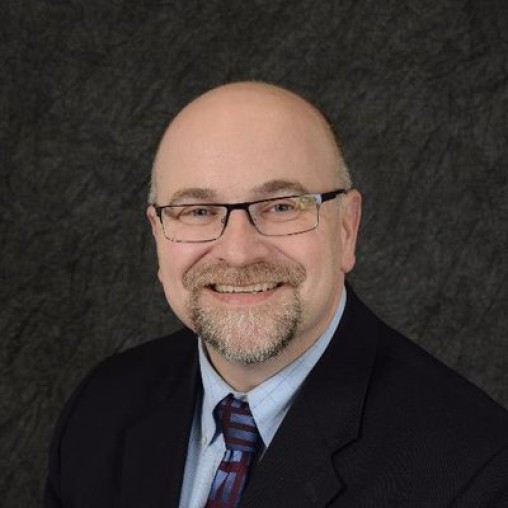 Blain joined the JCBA in February of 2022, and has been leading the Akron Jewish community’s efforts to preserve, perpetuate, and enhance Jewish life in Akron. He works to cultivate a culture of collaboration among donors, key stakeholders, lay leaders, professional staff, volunteers, and the Schultz Campus agencies. Outside of the campus, Blain serves as the voice of the organized Akron Jewish community, creating and supporting connections and relationships with Summit County organizations, the broader non-Jewish community, Israel, and our overseas partners.