While there will be NO gathering at the Schultz Campus, we invite you to listen to the story of Judith Shamir who was scheduled to speak this year at the campus in person, who was a hidden child survivor, at the following links:

Through her videos, Judith Weiss Shamir brings eyewitness testimony.   A hidden child survivor, Judith was born in Hungary in 1943.  Her father, forced to fight in the war, was captured and placed in a concentration camp.  Her mother went into hiding with various Christian friends and realized she could not hide with a baby.  A resistance group found a non-Jewish woman, Margit Polgar, who raised Judith as her own daughter. Her mother had given Polgar a backpack with a secret compartment giving her true identity.

In her videos, Judith shares what happened at the end of the war when she was reunited with her parents; when they moved to Israel in 1948.  They moved to the United States in 1968 and were reunited with Polgar in 1992.  Judith Weiss Shamir is a lifelong educator.  She teachers Hebrew language at Siegel Lifelong Learning program, and the former Cleveland College of Jewish Studies.  She was superintendent of the former Cleveland Hebrew Schools and active in NA'AMAT USA.

Interested in learning more about Yom HaShoah? Please consider visiting the links below:

The Holocaust Center of Pittsburgh, PA will be offer a virtual presentation on April 21 at 12pm entitiled Yom HaShoah 2020: 75 Years Since Liberation. To Register – CLICK HERE

Please consider lighting a candle on Monday night in memory of those who perished in the Holocaust. Take a photo of the candle or you and your family lighting the candle and send it to ekatzford@jewishakron.org. or post it on social media with using #JewishAkronRemembers. We will share them with the community.

Songs and Prayers for observing Yom Hashoah can be found here. 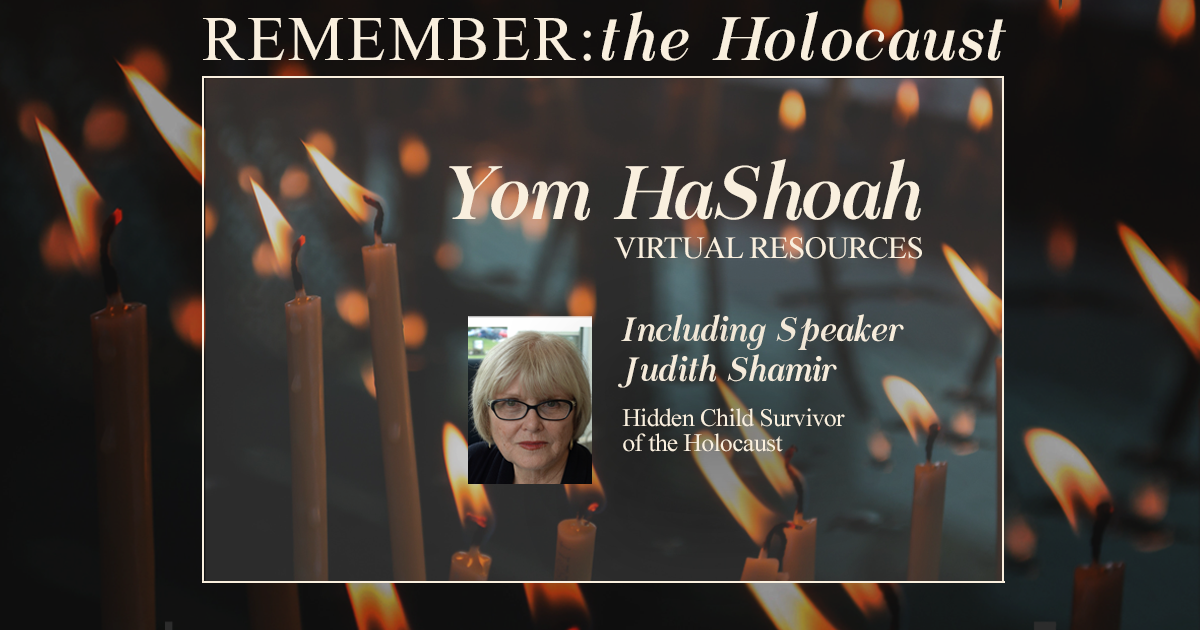