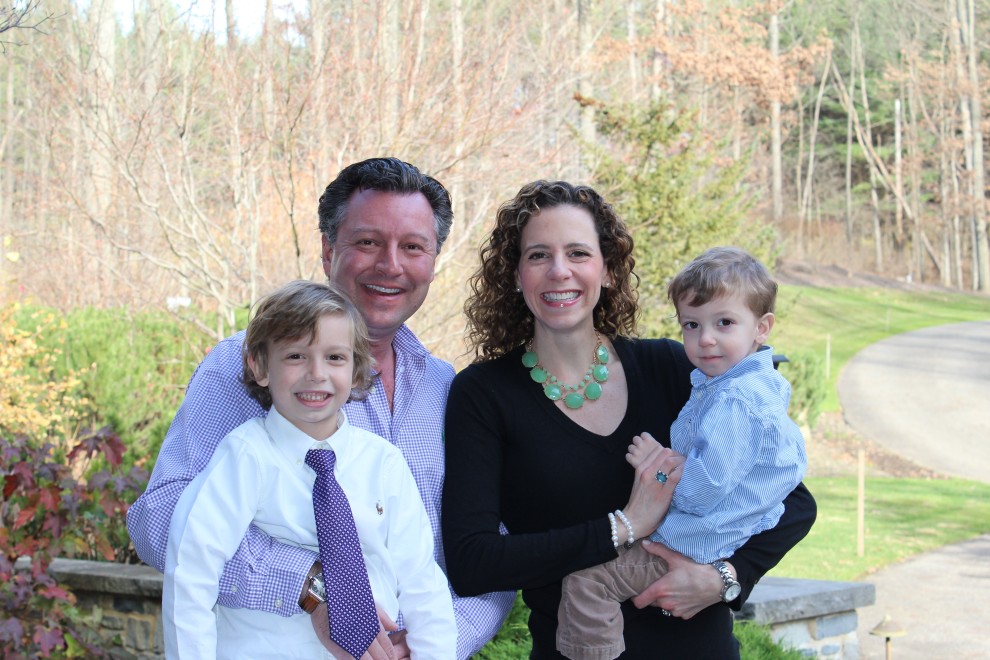 There was no question about moving to Akron.

Eric and Lauren Scherr had their first son in 2011. The natives of Northeast Ohio —Lauren grew up in Chagrin Falls and Eric in Akron — wanted their boys to grow up with their grandparents close by. Eric’s parents split their time between Ohio and Florida, and Lauren’s parents still reside in Chagrin Falls.

“We know that Akron was where we ultimately wanted to raise our children,” Eric says.

When they first moved to Akron, it took some adjusting for Lauren — a Cleveland girl and a stay-at-home mom.
“The community welcomed me with open arms — I found myself wanting to connect with like-minded mothers who have children of the same age,” Lauren says.

“We found our ‘Jewish home’ at Temple Israel in August; we immediately felt a connection with Rabbi Josh Brown and his wife Carrie,” Lauren adds.

Eric, an account supervisor with Stern Advertising, explains that he’s seen a noticeable influx of young Jewish families since moving back.

“I am thrilled to see many old friends and make new connections with people as my involvement in the Jewish community grows,” he says. “I recently participated in the Jewish Leadership Initiative (JLI), which gave me a new perspective of what our community has to offer — Akron is becoming a vibrant hot spot for Jewish families.”
In addition to visiting the Akron Zoo, Szalay’s Farm, and Seiberling Nature Realm, Eric, Lauren and their two boys, Ethan and Graydon, enjoy the Wee Sing Shabbat services at Temple Israel.

They’ve already settled beautifully in the community, but, if you don’t know them already, be sure introduce yourself to the lovely Scherr family if you see them around town.