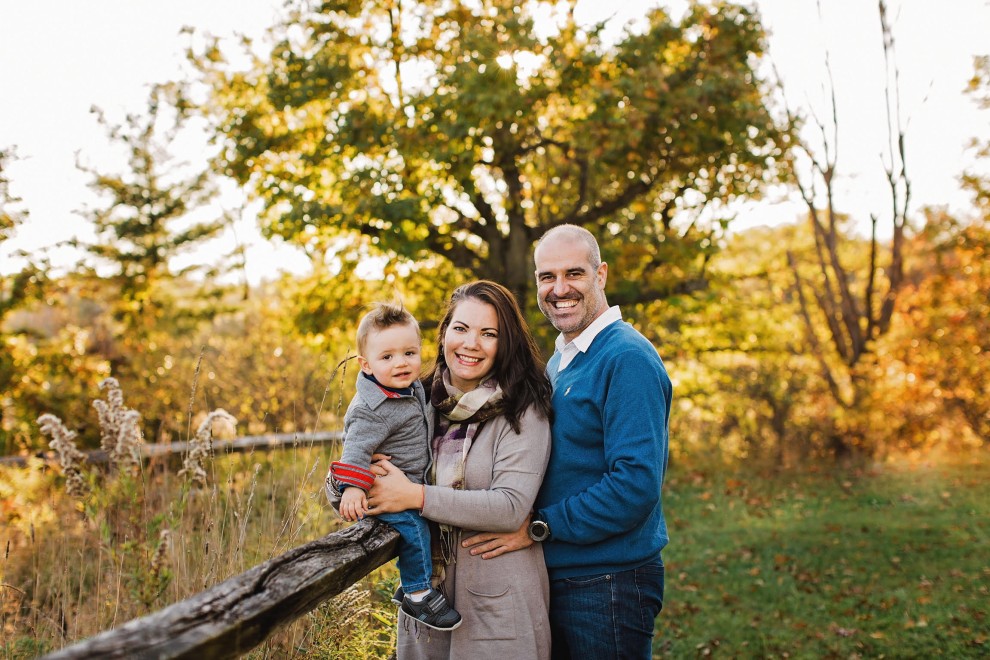 By Sophie Goldenberg
For the AJN

When Yana Rakhkin-Grieve was ten years old, her family moved to Akron from the Soviet Union.  After receiving her bachelor’s degree from the University of Akron, Yana moved to New York City followed by London. It is there she met her husband, native Londoner Jai Grieve, while cycling in Richmond Park.  In March of 2017, they moved to the United States with their five-month old son, Maxwell, to be closer to family.

The best part of Akron for Yana is “the babysitters… I mean my parents” and the Metro Parks, while Jai is “slightly obsessed” with Cold Stone Creamery and Menchie’s.

For Yana and Jai, the Jewish community of Akron has been very welcoming.  The “family- oriented” community has encouraged Yana and Jai to participate and expose their son to Jewish traditions and holidays.

“Although I was involved in the Jewish community when I was a kid,” Yana says, “you tend to lose some of that when you go through school and start your life professionally. Now that we have a family of our own, we are trying to institute that into our lives.”

Yana and Jai have already begun taking advantage of what Jewish Akron has to offer.  Yana and Maxwell love singing, dancing and learning at Anshe Sfard’s “Mommy and Me” program.  They have also been making challah and “participating in Jewish holidays and programs offered around them,” Yana shares.

In addition, Jai and Yana are graduates of the Jewish Leadership Initiative (JLI) spring 2018 class and look forward to getting more involved.

If you see Yana and Jai around, make sure you say hello!