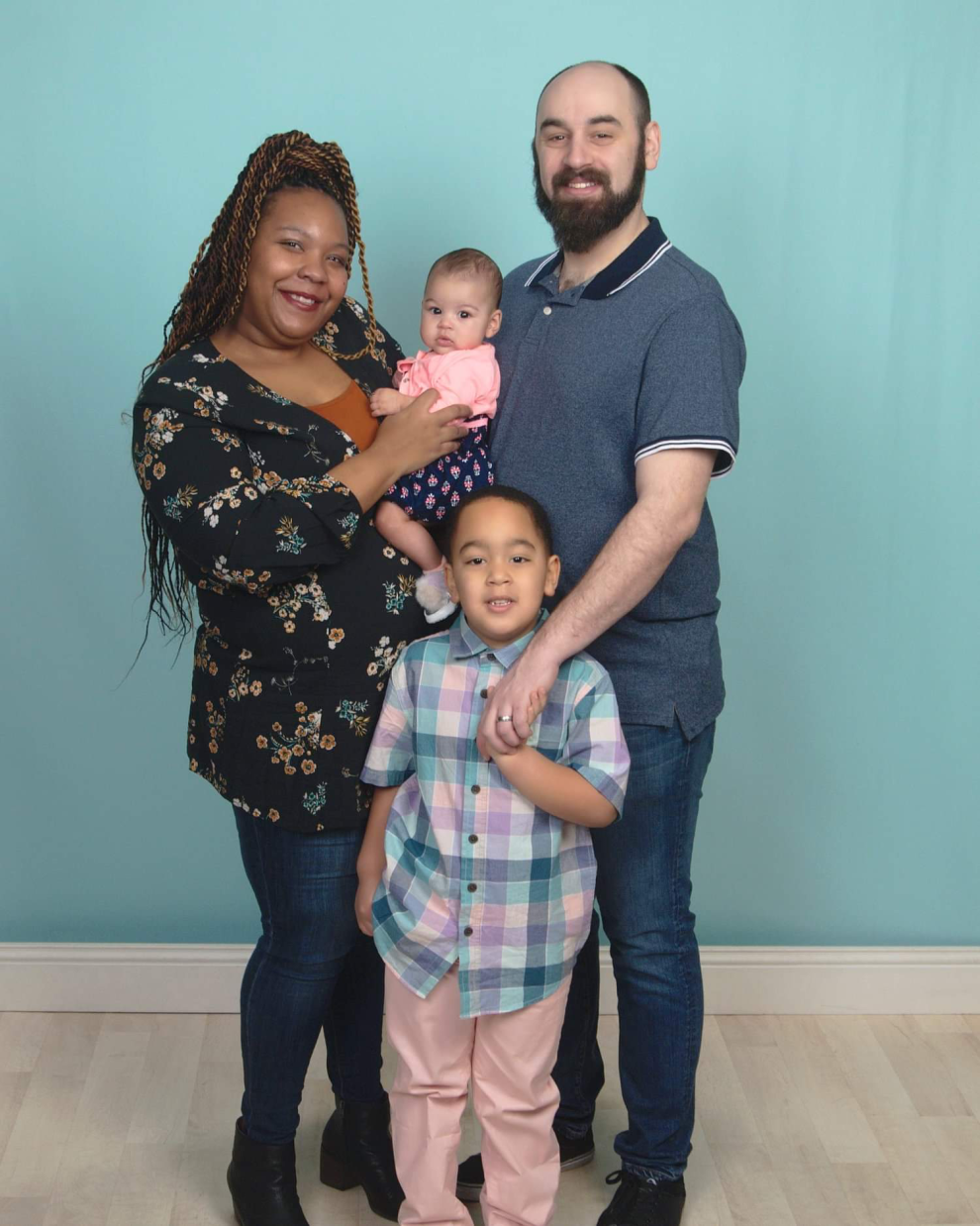 Thanksgiving 2018 was an extra special day for Allen and Alex Belsky. Just a month earlier, the couple had packed up their young son, Ari, and moved to Akron from Tulsa, OK. On Thanksgiving Day, their daughter, Shoshana, was born.

Allen's parents, Martin Belsky and Kathleen Waits, live in Akron and are active in the Jewish community, and Allen and Alex had only visited our city once before moving here to raise their family.

"We visited Akron during the Pro Football Hall of Fame Induction and the golf tournament. We really enjoyed it, and we've grown to love it even more," Allen says.

Today, the Belsky family lives in "a great, family-friendly neighborhood" in Highland Square, and although Akronites are not used to hearing this, Allen and Alex enjoy the climate in Akron. "If you have to choose among the extremes, we prefer -20 degree snow compared to 110 degree humidity hell," Allen says.

Allen works for Glassdoor, a job and recruiting website, at a small office in Green, and Alex is a stay-at-home mom with Shoshana.

The Belskys are thankful to be part of the Jewish Community Board of Akron's J-Ticket program, which helped them bundle the services of Jewish Akron to become members of Temple Israel and the Shaw JCC, as well as enroll Ari in kindergarten at The Lippman School.

"Being an interracial and interreligious family, we want our kids to have both a strong African-American and Jewish identity," Allen says. "In some Jewish communities, those things would be at odds with each other, but in Akron — especially with the focus on diversity at Lippman and the very diverse student base — Ari's able to be entrenched in his Jewish identity and still be the African-American boy he is. We wanted our children to have a good, well-rounded education, but also a Jewish education. Lippman provides that."

In the few months they've lived in Akron, Allen has already coached the Shaw JCC youth basketball team to two championships, and the Belsky family has attended Shabbat services at Temple Israel, where Ari also goes to religious school.

"We love Rabbi Brown, and everything Temple Israel does and stands for," Allen says. "My wife is not Jewish but she's happy that our family has a sense of belonging within the Jewish community."

The J-Ticket program is designed to maintain and grow Jewish Akron families' engagement in the community. J-Ticket is made possible by funds from the Albert L. and Janet A. Schultz Endowment for Jewish Programming and the Jewish Community Board of Akron. To learn more, visit www.JewishAkron.org/aboutus/j-ticket.