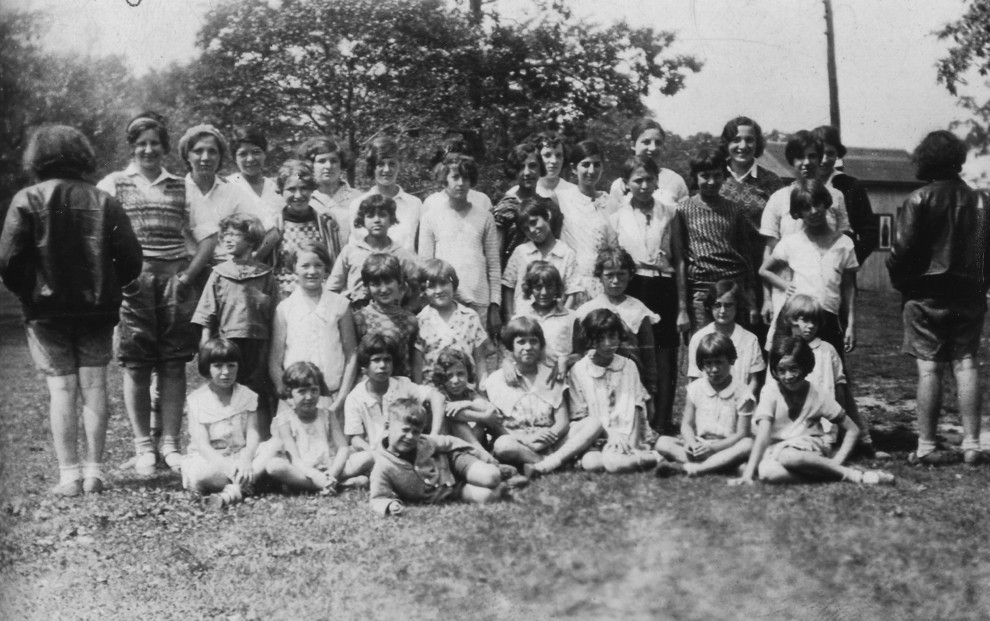 “The JCC saved my life.”

“I don’t know what would have become of me without it,” says 91-year old Mildred Korach.
She moved to Akron in the 1930s with her non-English speaking mother and older sisters. Despite being a single mother, Mildred’s mother was insistent that her children be immersed in Akron’s Jewish community and meet other Jewish children.

Mildred could walk to the Akron Jewish Center on Balch Street, which she said became her second home. She recalls participating in a handcraft group lead by Ruth Gershkowitz and took swim lessons with Mr. Krasny. At the time, Mildred was the only girl to attend Chedar (Hebrew School) at the JCC, which Miss Klimo taught. When she was not participating in organized activities, she found refuge in the library at the JCC. Her family had very little and could not afford books, so the JCC library became the place Mildred learned to love to read.

As a teenager, Mildred participated in clubs at the JCC. Club meetings preceded a dance or mixer. That is where she met her first husband, Eli who had recently emigrated from Poland. After marrying, they raised two children and started a successful business in Akron.

Reflecting back on those years on Balch Street Mildred notes,  ”I met lifelong friends at the JCC. Even though I had very little, everyone treated me well, and there was always something to do. The JCC made my dreams come true.”

Today, the Schultz Campus for Jewish Life continues to be a place for everyone —young and old— to connect with other members of the community.  Your contribution to the JCBA’s Annual Campaign keeps our community strong today—as it did many years ago.