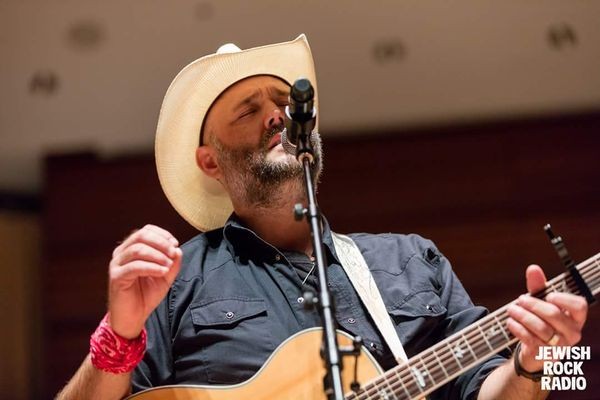 The next Community Shabbat Dinner for this year is Friday, Aug. 23, at Beth El Congregation, 750 White Pond Dr., in Akron. Dinner begins at 6 p.m., with Shabbat services and speaker Joe Buchanan at 7 p.m. Dessert will follow.

The Shabbat Americana Service & "Choosing to be Chosen"

The Community Shabbat Dinner is sponsored by the Shaw JCC, with Anshe Sfard, Beth El Congregation and Temple Israel, and support from Rubber City Jews. It is underwritten by the Jewish Community Board of Akron.

On the morning of Saturday, Aug. 24, Joe will bring his guitar and be a part of Beth El's morning prayers, which will include the premiere of his new song co-written with Hazzan Matt Austerklein. He will also give the d'var torah, speaking about his moving experiences singing for the U.S. military and reflecting on the spiritual lives and longings of our Jewish servicemen.

Later in the evening at 7:30 p.m., Beth El Congregation will host a community concert and Havdalah (end of Shabbat). This is a full night of original Jewish Americana! Joe will tell stories from the road and share music from his first album, along with new music from the upcoming release, "Back From Babylon." The concert is free to the public, with a suggested donation of $10. Joe's music will be available for purchase after the concert.

A Texas native, Joe Buchanan makes Jewish Americana music. Grounded in the idea that there is always room at the table, Joe's music highlights the values, Torah, and history of the Jewish people to deliver stories steeped in the struggle and triumph of the human spirit, all while praising Gd for the goodness in life. It's music that you can crank up to 18.

Raised with one foot in Houston and one in the Texas Hill Country, Joe grew up swinging off ropes on the Frio River and spending time like any kid - trying to figure out what was what. The biggest question was about Gd and despite a deep belief in a creator, he couldn't find much that he agreed with what he was hearing. The struggle led to more struggles and he finally decided that he and Gd would sort it out later.

Then one day, about 13 years into his marriage, Joe found out that his wife was Jewish.  Now, with the discovery of his wife's heritage, their family started down a path that would change everything. From the first class and a million questions to the mikvah and beyond, Judaism answered every spiritual question and brought an incredible amount of healing. There is one Gd, we can see Gd in the world and in others, we are going to struggle - that's ok, we are not damaged goods by any means, and this is the life that matters because this is the one we've been given. Amen.

In the five years since his conversion, this Americana artist from Houston, TX has truly found his voice in the history, Torah, and values of the Jewish people. He's toured the United States, leading an original Shabbat service, playing concerts, and giving a workshop called "Choosing to be Chosen" which is all around his conversion to Judaism and the reasons why so many are coming home. Combining elements of country, roots-rock, and folk, Joe’s music reaches deep to tell personal stories of struggle and triumph. This is feel-good, toe-tapping, Americana with a Jewish Soul.

His debut album, Unbroken, is filled with music that speaks to the incredible beauty of finding a home after a lifetime of searching. Produced by The Pioneer of Jewish Blues, Saul Kaye (www.saulkaye.com), and recorded live off the floor at the world-famous Fantasy Studios, Unbroken is 14 tracks of Original, Jewish Americana.