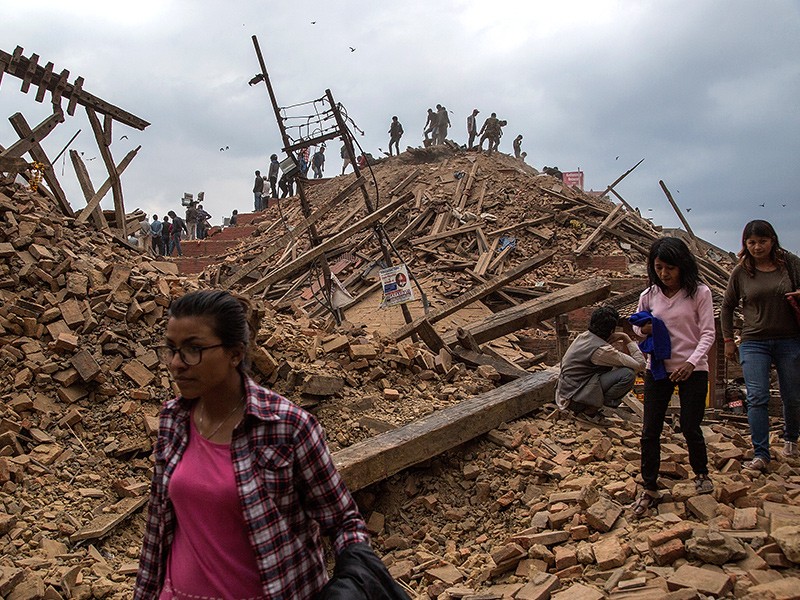 On Saturday, April 25, a devastating 7.8 magnitude earthquake struck Nepal, leaving an enormous human tragedy in its wake. Latest numbers suggest over 4,000 people have been killed, thousands are injured and tens of thousands are homeless. According to the United Nations, the death toll is likely to rise to the tens of thousands in Nepal, India and China. Federations have already swung into action and are collecting funds for emergency relief efforts (click here to contribute).

Approximately 2,000 Israelis were in Nepal at the night of the earthquake and Israel’s Ministry of Foreign Affairs has said that at least 50 of them are still “out of contact,” their fate unknown at this stage. Hundreds of Israelis spent the night in the courtyard of the Israeli embassy and in the Chabad House in Kathmandu, awaiting evacuation aboard El Al jets.

Due to impassable roads and landslides, rescue teams are struggling to reach those in need. Nepal’s poor road network and the limited number of helicopters also are hampering rescue efforts and the distribution of aid. Needs are expected to rise dramatically as reliable supplies of food, water and medical supplies are depleted. Continued aftershocks spread fear and uncertainty. Kathmandu airport is struggling to efficiently manage the influx of aid flights. It's at times like this, that our shared commitment to Tikkun Olam, repairing the world, finds its deepest expression. This is what we're doing in the field:

There are a number of Jewish organizations on the ground in Nepal:

JDC, our trusted partner, is actively assessing the situation and working to provide support where it is needed most. Here is what they are doing:

Chabad of Nepal has been a staple for Jewish travelers looking to connect with Judaism. It is also participating in relief efforts on the ground in Nepal.

Our thoughts and prayers go out to all of the victims of this tragedy.