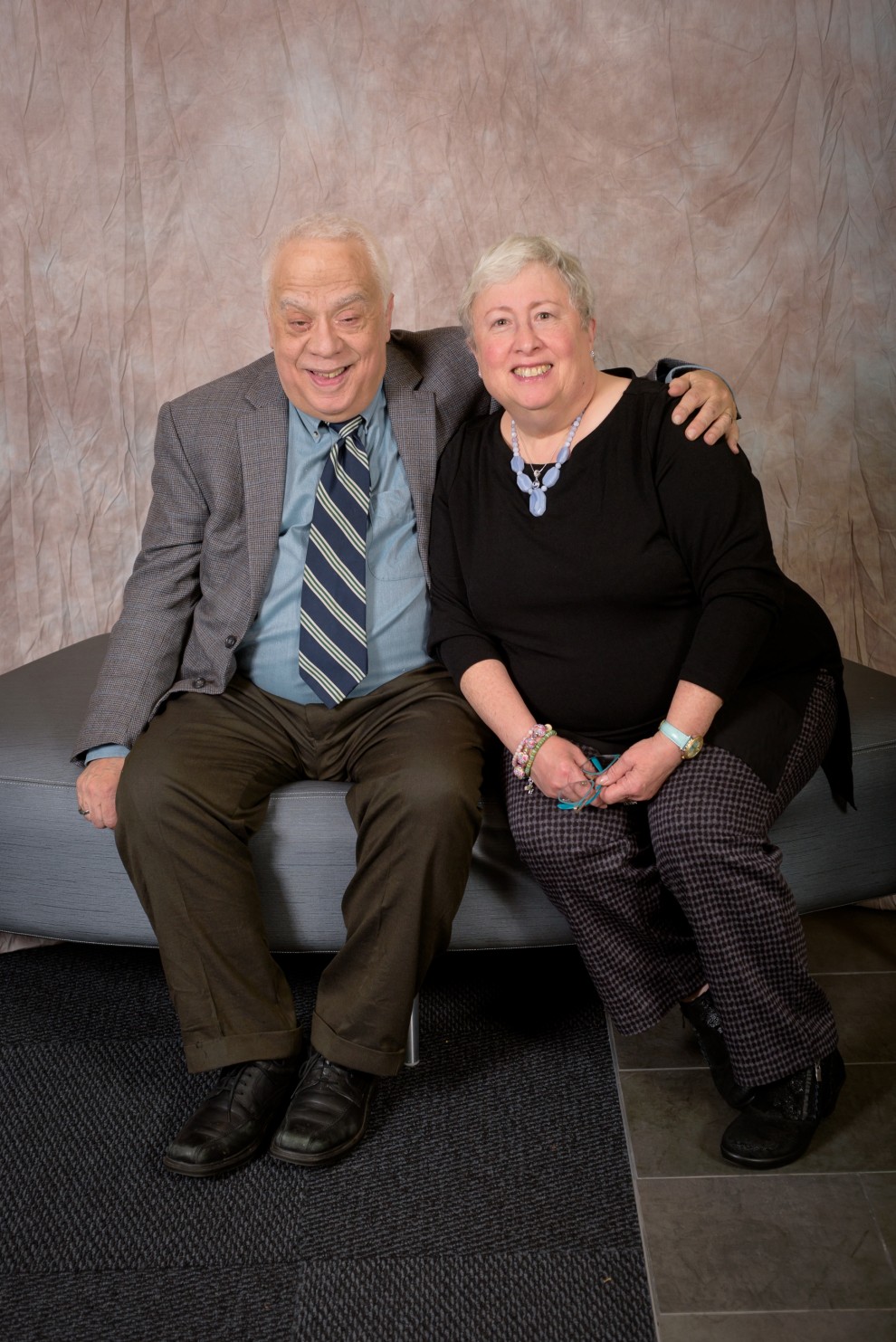 Join us in honoring Herb and Ellen Moss and their dedication to the Akron Jewish community on June 18 at 5:30 p.m.

When you consider quintessential representatives of Jewish Akron, Ellen and Herb Moss rise to the top. To honor their decades-long dedication to the community, the Jewish Community Board of Akron will recognize them at a tribute event on Monday, June 18 from 5:30-7 p.m. on the Schultz Campus.

The Mosses story starts in Cleveland Heights, where they each grew up. Ellen only knew of Herb in high school as the voice of the morning announcements. They officially met at a New Year’s Eve party, though each was with a date. A few months later they met again at a Park Synagogue event for college students; this time they were both single.

Their life together took them to Akron, where they became involved and committed community members and leaders.

Herb served as president of The Lippman School for three years and on its board for twenty-five years. He spent time as a board member, campaign cabinet member and major campaign gift solicitor for JCBA. In addition Herb was a Beth El board member and a longtime Hakoah Club member.

Vice president of wealth management at UBS Financial Services from 1991 until his retirement, Herb also was a guest lecturer at University of Akron. When he wasn’t working or volunteering, he spent time accruing an extensive baseball memorabilia collection (housed in his “man cave” at home). His love of baseball led him to become a member of SABR (Society for American Baseball Research). Herb is also an avid bridge player—he has been playing bridge 57 years!

Ellen has spent time working in and volunteering in the Akron Jewish community. She taught Judaics at The Lippman School for 25 years, at Beth El for 18 years, and Anshe Sfard for two years. For many years, Ellen delivered mobile kosher meals (prepared in the Shaw JCC kitchen) to those in need. She became a life member of Hadassah, Na’amat, and B’nai Brith Women many years ago, when she used birthday money from her parents to fund these memberships.

Currently, Ellen is a docent at the Maltz Museum of Jewish Heritage, a member of the Sisterhood of Beth El Congregation, and a volunteer in the Beth El Hebrew School. She also considers herself a life-long learner and likes attending shlichim programs. In her spare time, Ellen loves playing mahjong.

The Moss’ daughter, Jennifer, was the first recipient of the Lippman Outstanding graduate award, a college scholarship which goes to a Jewish graduate of The Lippman School who is graduating from high school. Their son Mitchell received it three years after her. When Jennifer passed away, the Mosses named the award in her memory and fully endowed the fund. Every year, Ellen presents the award to the winner, often one of her former students.