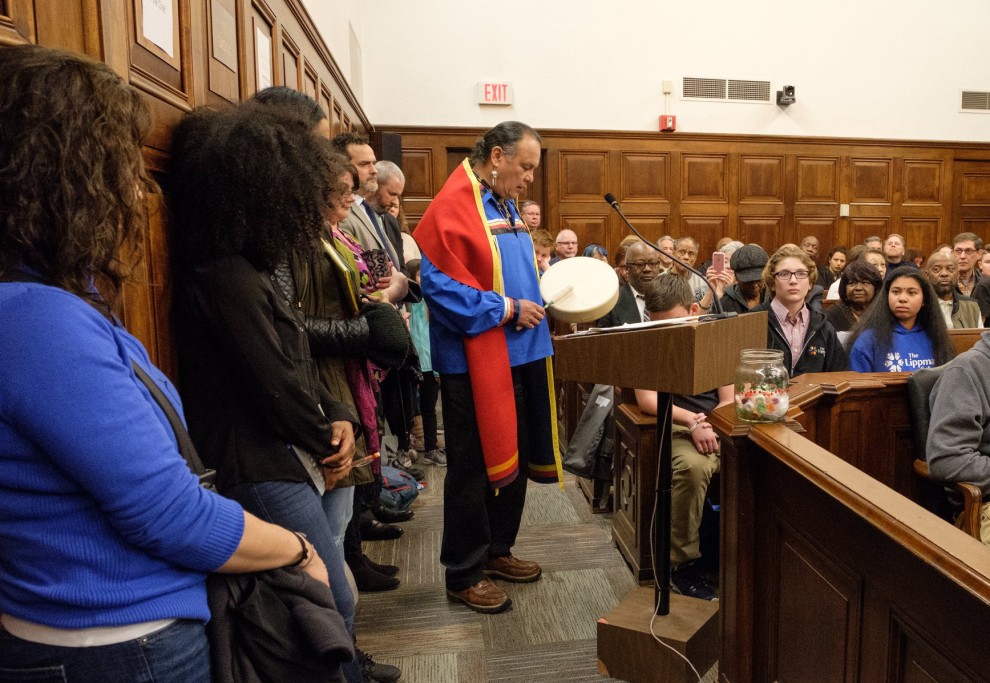 A week earlier, seventh and eighth grade students and faculty from The Lippman School, along with
representatives of the Northern Cheyenne Nation in Montana and the Seneca Nation in New York
State, presented a resolution to the Akron City Council lobbying for an annual “First People’s Day” on
the first Monday of October in the city of Akron. At that time, Akron City Council decided to take time
to review the resolution, which is now law.

The law recognizes and honors the history and culture of Native Americans, and contributions by tribal
nations to the development of the American continent, as well as acknowledges the efforts to preserve
this history in Akron, Summit County, Ohio, and the United States. The first Monday of October will
now be recognized as “North American First People’s Day” in Akron, Ohio.

“From what we understand, Akron is the first city in the United States to designate a unique day to
recognize native people rather than renaming Columbus Day to Indigenous People’s Day,” said Sam
Chestnut, Lippman Head of School. ”This is an exciting time for our students, staff and the Northern
Cheyenne Nation, and I am proud of what we’ve been able to accomplish together.”

Lippman students prepared the resolution, which is now a city-wide law, with humanities
teacher/curriculum coordinator Matt Russ and volunteer retired Judge Marvin Shapiro. Students met
with Councilperson Marilyn Keith, and staff have collaborated with Lippman board member John York,
city attorney in the Civil Division, and David Lieberth, president of the Summit County Historical
Society. The tribal elder Otto Braided Hair and student Bryan Fisher from the Northern Cheyenne
Nation flew in from Montana to present to City Council.

Each fall, The Lippman School, The Northern Cheyenne Nation, The Summit County Historical Society
and other local schools walk a portion of The Portage Path, the oldest landmark in Summit County, as
a tribute to Native people who first settled in Akron. The annual symbolic walk will now be held on the
first Monday of October to commemorate North American First People’s Day.