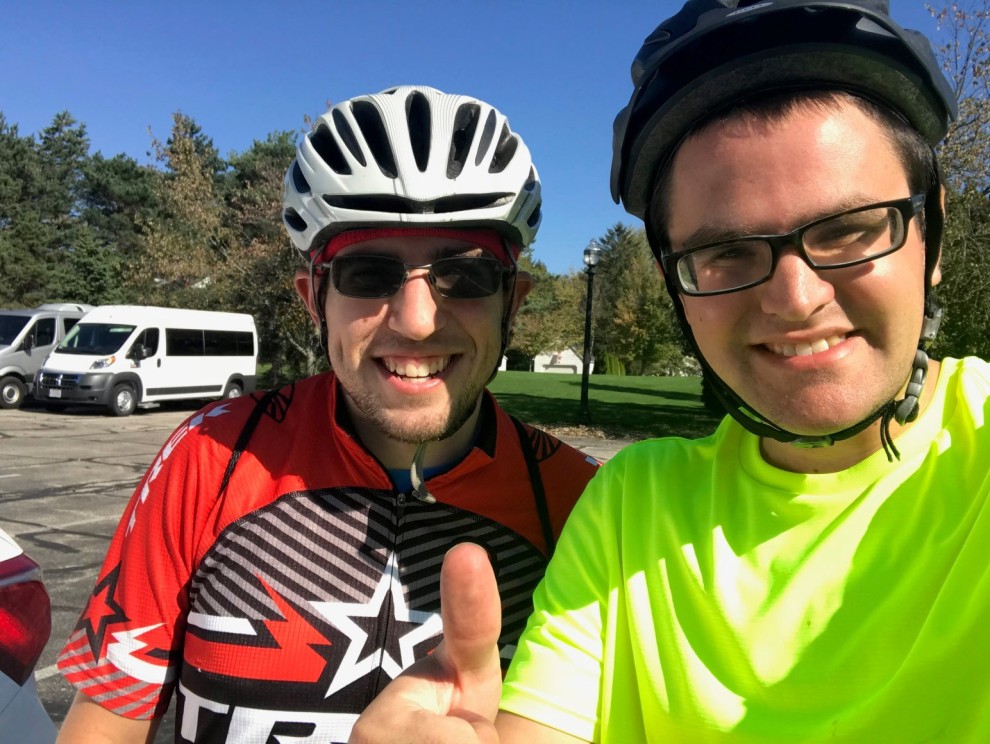 Sandy Ginsburg came to Akron area for a job as a data analyst and Cathy Baer, the Community Concierge, reached out to him. Sandy soon immersed himself into the community and was an active participant in Rubber City Jews, participated in Jewish Leadership Initiative and eventually was asked to serve on the board of Jewish Family Service. Sandy also loves the outdoors and is an avid bike rider, often riding an hour after work or on his lunch break.

A year and a half later, Nathan Fox moved to the Akron area to be a math professor at College of Wooster.  Cathy Baer also met with Nathan to welcome him to Akron. When Cathy heard that Nathan likes the outdoors and enjoys biking, a lightbulb went off in her head and she told Nathan, “You and Sandy like math and biking, you should be friends." Now these fast-friends bike and hike constantly. They also participate in RCJ activities.

Both Sandy and Nathan came to Akron with little or no connection to anyone. Now both are involved in the Jewish community and have made lifelong friends.

Does your heart belong in Jewish Akron? We invite you to share your #JewishAkron story and photos on our Facebook page or email to Julie Katz to post here.