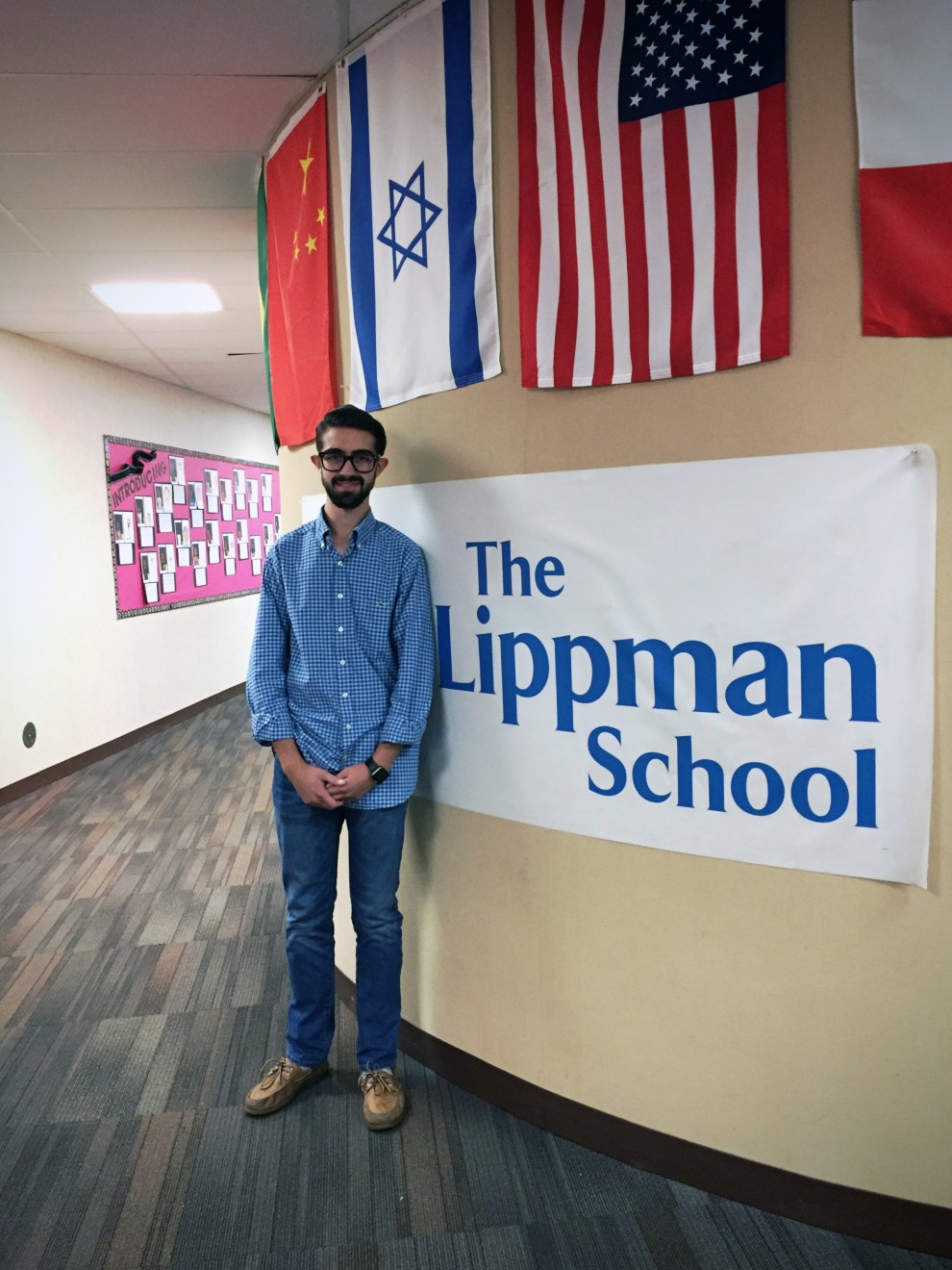 He dons a kippah every day— a decision, like other choices in his life, which was strongly influenced by attending The Lippman School.

“If I hadn’t gone to Lippman, I don’t think I would wear a yarmulke like I do,” Shkolnik says. “Or be in a position at BBYO. I wouldn’t be as connected to Israel.”

Shkolnik grew up involved in the Akron Jewish community, attending the Early Childhood Education Center and going to synagogue. He made the choice to transfer to The Lippman School in the middle of seventh grade.

“I realized I didn’t really feel like I was in the right place in public school,” he explains. “I’d rather be at Lippman— with people grew up with, who were like me and understood the values of Judaism and what it means to be Jewish.”
“Before I went to Lippman, I was always relatively Jewish at home and outside [the home],” Shkolnik says. “Going to Lippman really strengthened my cultural connection to Judaism.”

He enjoyed and valued holiday programs like decorating the sukkah for Sukkot. He found the school-wide Shabbat services Lippman does every Friday to be “really cool.”

“Being in Hebrew class, learning about Israel, and reading about its history” further deepened Shkolnik’s relationship to Jewish culture and to Israel. He first traveled to the country with fellow Lippman students when he was in eighth grade.

This past November, Shkolnik was selected for all-expenses paid trip to the AIPAC (American Israel Public Affairs Committee) conference in Washington, DC. He plans to stay involved with AIPAC’s campus movement, when he attends college next year. He intends to major in political science and communications studies.

Your donation to the Annual Campaign helps support Jewish studies at The Lippman School
for students like Sam.