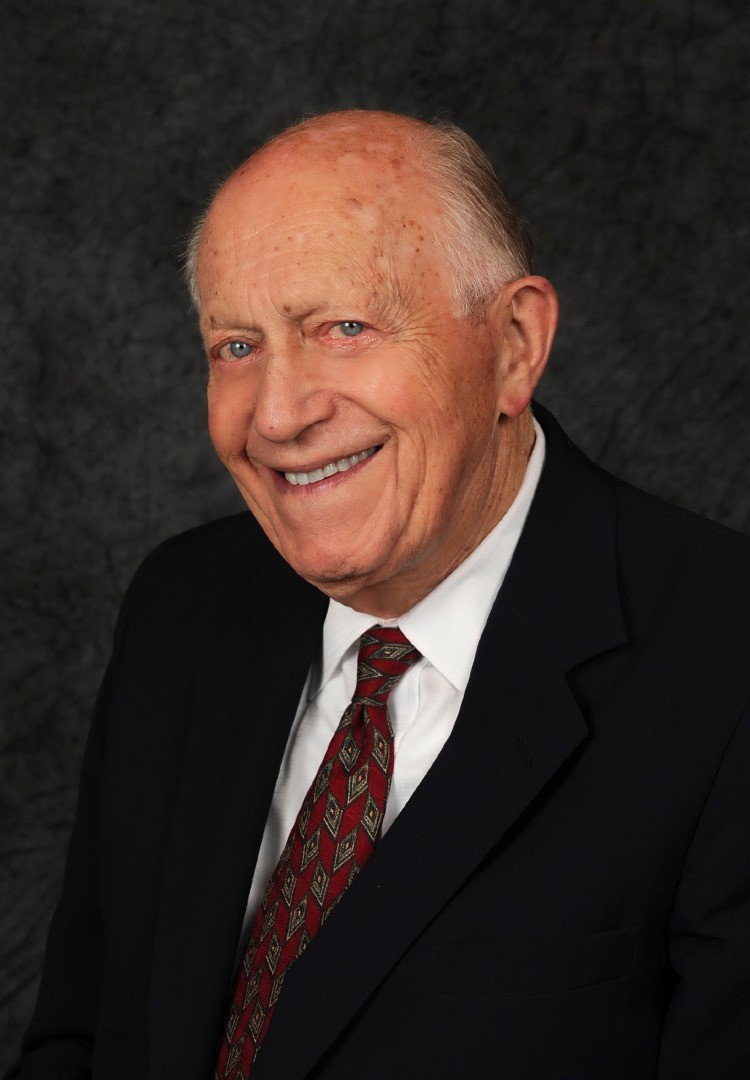 From tenacious leadership to steadfast generosity to dedicated volunteerism, people make an impact in myriad ways. The Jewish Community Board of Akron aims to recognize people who have made a difference in the Akron Jewish community in any number of ways.

This year, we honor Milton Wiskind–and by extension, his wife Edith, of blessed memory. Behind his effervescent smile is a humble man, whose longtime support of the Jewish community is perhaps quiet, but exemplary, nonetheless.

While he was born and bred in New Jersey, Wiskind has lived in Akron for over 50 years. He joined the Naval Reserve in 1942 to serve in World War II and served until 1946. A 1947 graduate of the Wharton School Wiskind was called back to active duty in 1951 during the Korean War. Commander.

In 1958, he met and married Edith in Pittsburgh, while opening the Myers Tire Supply Company branch there. The Wiskinds relocated to Akron in 1963. He retired from Myers Industries in 2005 as an executive vice-president and 49 years of service.

The Wiskinds always supported the Akron Jewish community. “It was always important to us,” he says. Milt served as president of Temple Israel from 1979-1981. Edith was president of Sisterhood there, and in the '80s and '90s, she tutored Russian Jewish immigrants in English and helped them resettle in our community.  Milt has served on various JCBA board committees through the years, and still sits on the Akron Legacy & Endowment Fund (ALEF) committee.
“Milt has a brilliant business mind,” notes Greta Foster, JCBA Endowment Director. “He really cares about the Jewish and general community here in Akron.”  Indeed, he has been involved with the United Way, Red Cross, Summa Health System, and Northeast Ohio Medical University (NEOMED)–having served on the foundation board for 20 years there.

“The federation [JCBA], Jewish Center, and congregations have been the core of the Jewish community here,” Wiskind says. For that reason, he and his wife have always provided financial support to Jewish Akron. To him, it’s important to keep the services, programs and community for the people who need or want them.
“I think it’s important to keep the Akron Jewish community strong and alive,” Wiskind says.

To honor his philanthropic spirit and longtime support, the JCBA is holding a reception Wednesday, Aug. 5 at 5:30 pm at the Schultz Campus. Contact Julie Katz at 330-835-0005 for more information. Or RSVP here.