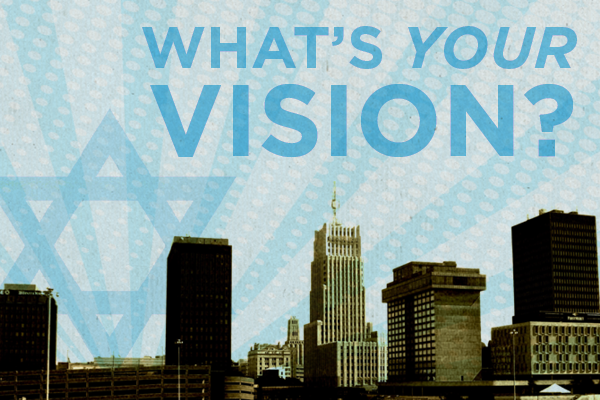 By David Koch
CEO, Jewish Community Board of Akron

During the past six months, much has happened that I think will have a profound long-term effect on our Jewish community. Jewish adults in their 20s, 30s and early 40s will feel the most immediate effects from the Jewish Community Board (JCBA) making a strategic financial investment in them. A viable Jewish future in Akron depends on it.

Two programs — the JCBA J-Ticket and the Jewish Leadership Initiative (JLI)— are aimed at engaging Millennials in Jewish Akron in ways we’ve never tried before.  Sure, it may be a financial risk, but to paraphrase Rabbi Hillel, “if not us, who? And, if not now, when?”

Early response to the JCBA J-Ticket is amazing. Over 30 young Jewish families have already purchased a J-Ticket, making it financially easier for them to afford to participate in the Mandel Early Childhood Education program at the Shaw JCC, or attend The Lippman School, and to join a synagogue and the Shaw JCC.

At last count, Beth El and Temple Israel together gained a total of nine new young families as a result of the J-Ticket! Yes, some of those nine families may have joined a congregation eventually, but they are there today because the JCBA invested in their futures and put a grant from its Albert L. and Janet A. Schultz Endowment Fund for Jewish Programming to work for the benefit of the entire Jewish community.

I am really excited about the new Jewish Leadership Initiative, which kicks off on Sunday, Sept. 11. Participating with the well-regarded Community Leadership Institute (CLI) program presented by Leadership Akron (thank you, Mark Scheffler), we have developed a five-session Jewish learning track aimed at the Millennial generation. Its goal is to educate and engage the next generation of Jewish communal leadership and community volunteers.

So far, 23 younger Jewish adults have already agreed to participate in the fall JLI program, and many of them are also active in Rubber City Jews, another program focused on the 20-30-something generation, funded by the JCBA and helping guide JLI.

My take on all of this is the acceptance that we are all living in a new Jewish reality. If we hope to sustain a viable Jewish presence in Akron, we must invest in and engage young Jewish families, invest in and engage their children, and do this in smart, strategic ways that matter to them. It will take all of us working together— and listening— to make the Millennial investment pay dividends. As a caring Jewish community, we can do no less.