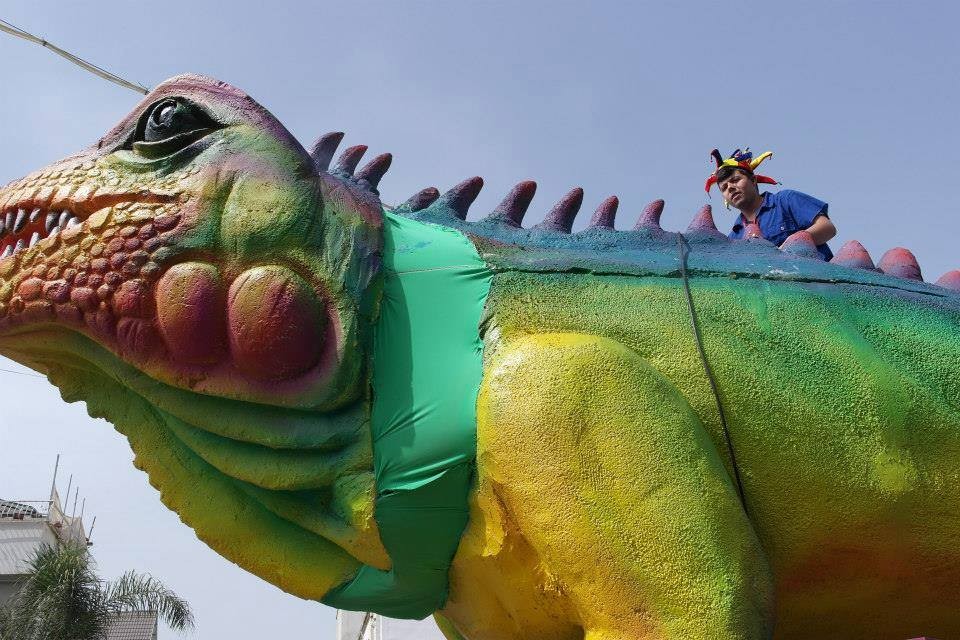 Purim! The fun holiday of costumes, Ozney Haman (hamentashen —in Israeli we say “Hamen’s ears”), and everything nice. Purim is a big deal in Israel. Every school and workplace celebrates the holiday with a Purim party, costume competitions, and giving each other Mishaloch Manot  (literally, “sending of portions” or Purim baskets that are full of candies, fruits, some toys and cards for the holiday). In addition, many Israelis find themselves driving to Holon, a city not far from Tel-Aviv, which holds the biggest Purim parade in Israel every year. Its name: Adloyada!

But Holon is more than just Adloyada or a Purim parade for me. A lot of people ask me about my military service, and I tell them about working with teenagers in Haifa. I also explain that before that I was in a youth movement and took part in something called “Shnat Sherut,” or community service year. What does that mean? And what is the connection to Holon?

“Shnat Sherut” is the “year of service program” that offers Israeli high school graduates an opportunity to delay mandatory army service in the IDF and serve in Israeli communities or in Jewish communities around the world for up to 10 months. People participating in the program are known as Shin-shinim.  There are even Shin-shinim who are shlichim! In 2017, 113 service-year shlichim served in the United States, Canada, Great Britain, and other countries, and we expect that number to grow.

I did my Shnat Sheirut in the youth movement that I was in since I was a child, “Hano’ar Ha’oved Ve’halomed.” The concept of the Shnat Sheirut in the youth movements is similar: You live in a shared apartment with other friends from your group (or Gar’in, which means seed in Hebrew). You’re in charge of one of the youth movement centers, which includes going into schools, creating fun programs, and overseeing programs that high schoolers create for younger kids. You might be sent to a center totally operated by teens or to a new center that needs to be established.

My Shnat Sheirut was in Holon. I was mostly in charge of the seventh-twelfth grade students and was being part of their school and after-school activities in the youth movement center. It helped me to understand the importance of formal and informal education and the love I have for both. Being in Holon taught me a lot of things ,and I’m so happy for the opportunity I had to move to another city and be part of the life there.

Living in Holon and being part of the community, we got a unique job opportunity. As group, we got the chance to operate the decorated floats of the Purim parade! So, during the parade surrounded by music and dancers, I rode on a giant moving dragon or lizard. (I like to say it was a dragon—that sounds way cooler!)

If you get the chance and are in Israel on Purim, go to Holon. The parade might be smaller than the parades here in the U.S., but this kind of Purim parade is unforgettable!