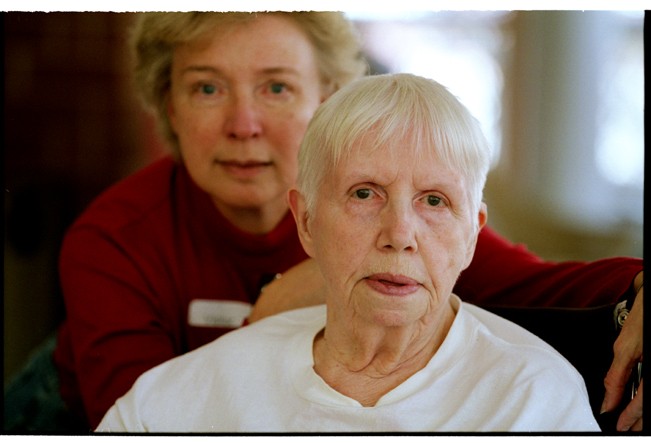 Helene lives in one of Akron’s subsidized apartment buildings. She is in her 80's and her only source of income is Social Security. One of Helene’s neighbors expressed concerns about her to JFS staff. JFS discovered that Helene’s apartment was infested with both crawling and flying bugs, due to large quantities of spoiled food lying around. Her kitchen table was also covered with towels hiding dozens of prescription pill bottles, some full some empty. Her personal hygiene was extremely poor as her bathtub was being used for storage. Equally concerning was her financial situation. She had made over $2,000 in withdrawals over a two week period leaving her with $3.25 in her account. Helene said she was giving the money to a relative. Helene also had poor recollection of her own history and was so suspicious she would not answer her phone. After JFS became involved Helene started receiving services such as an aid to help with housekeeping, cooking and laundry and a complete geriatric assessment that revealed significant dementia. With services in place, the relative no longer had access to her bank account and she was safe to remain in her own home. She became so comfortable in her own surroundings that she can go out and walk and interact with her fellow tenants. She is much loved and her neighbors and friends keep an eye on her. These JFS stories are not uncommon.