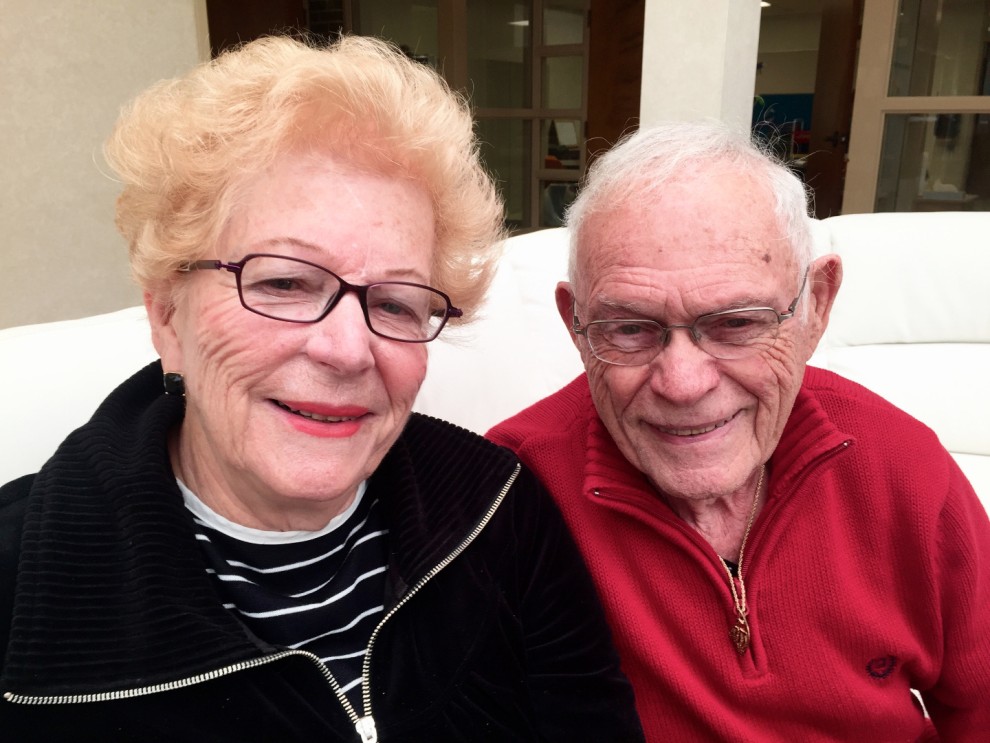 It’s a Tuesday at the Shaw JCC, and the end of another Be’Tay Avon Café. As usual, participants linger—kibitzing, finishing up their meals, or chatting with that day’s special guests. In this case, the guests are shlichim Shay and Mayana, who presented about Tu B’Shevat. at the monthly event, which is offered through the Shaw JCC’s programming for adults.

Shay is carrying his guitar out, when Jack Kent asks him, “Do you know any Fiddler on the Roof?”
“Jack plays saxophone,” explains Jack’s wife Marilyn. “He knows all the songs in Fiddler. In fact, he played in bands for many weddings at the Akron Jewish Center back in the day.”

The Kents have attended the Shaw JCC’s adult program offerings for over 10 years, they estimate. “We enjoy the programs Myra [Feinberg, adult program coordinator] brings here,” Marilyn says. “Anything musical, informative, and anything with the shlichim—which I think is a wonderful program.”

“We go on the bus trips,” Marilyn says. Feinberg plans trips to Cleveland to see theater performances, to go shopping for Passover, and to visit the Hartville Flea Market, for example.

“And we go to the get-togethers in the evenings,” Jack adds, like outings to local restaurants. He feels they benefit from the socialization and wishes more senior adults would attend the programs. “Myra is very hardworking and cares about us,” he says. The Kents appreciate the diversity of programs Feinberg coordinates through the Shaw JCC.

“There’s a Jewishness about the programs,” Marilyn notes, which they appreciate. The Kents are lifelong Akron residents, who met when they became neighbors in the early 1940s. In fact, when Marilyn first spied Jack, she went home and told her mother, “I might marry him someday.” Indeed she did—in 1954.
The Kents were members of the Akron Jewish Center when it was on Balch Street and were charter members of the outdoor pool, built at 750 White Pond Drive. Before the new center was even completed, the Kents held their son’s Bar Mitzvah in the auditorium here.

The JCC was central to their lives then, and it’s important to them now, at a different stage in their lives. The Jewish Community Board of Akron exists to sustain and enhance Jewish life, including the adult programming the Kents and others enjoy. With the funds JCBA raises from the Annual Campaign, it helps support Akron’s agencies, programming and services. This is just one example of the impact of these organizations—and therefore, the impact of your campaign contributions.