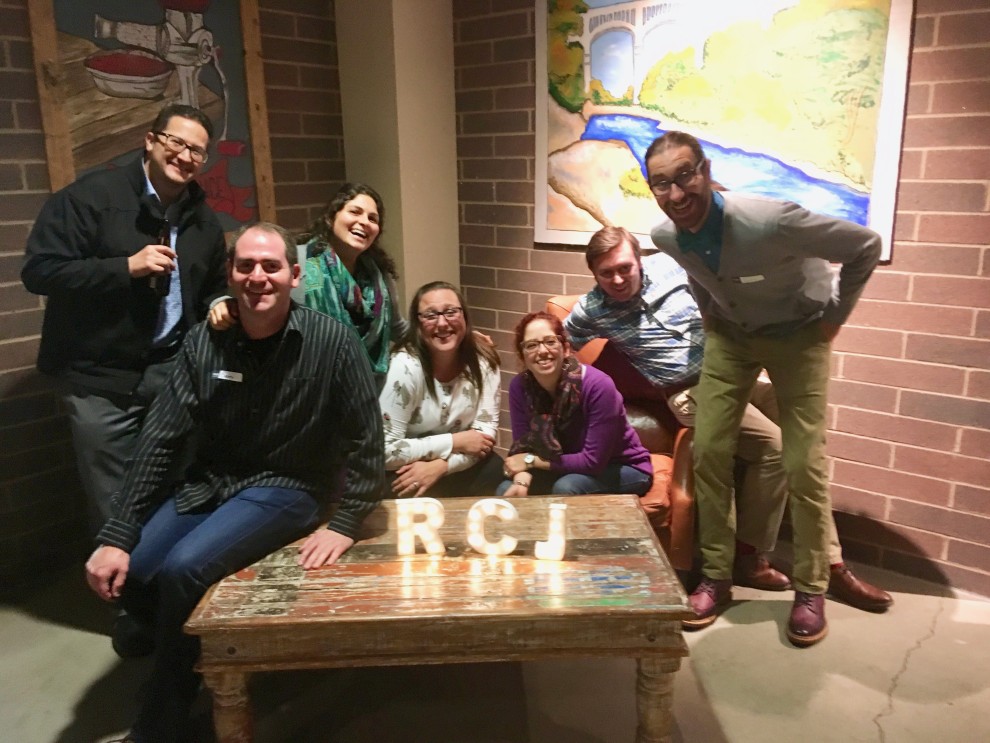 When Sandy Ginsburg moved to Medina two years ago for a job, he chose a place to live logically: It was relatively close to Cleveland, Akron and “within walking distance to The Waffle House.”

“Little did I know at the time that the proximity of my apartment to Akron would be arguably the most important feature of its location due to my soon-to-be involvement in the Akron Jewish community,” says Ginsburg.

“After hearing about the Rubber City Jews, I looked them up on Facebook, RSVP'ed to an event, and was warmly welcomed to the group,” he notes. “I still remember that first happy hour I went to where I met some of my soon-to-be close friends. I slowly got involved, and eventually became a regular at most programs.”

Rubber City Jews (RCJ) is an organization for young adults through the Jewish Community Board of Akron. “It helps young adults find a place in Jewish Akron through fun and engaging activities—including cultural, educational and celebratory programs, accessible to those with or without a Jewish background as well,” explains Rachel Osherow, RCJ program director.

“I think that Sandy really found a niche in RCJ,” she says. “I really believe RCJ is truly welcoming. So that people who are new to the area or are exploring the Jewish community, or even those who are from here, can find that sense of belonging.”

“Two young adults met through RCJ event and are now married,” Osherow continues. “Another RCJ member has said this is by far the most accepting group in the Akron area for young adults.”

RCJ has experienced an uptick in participation in the past year, especially after the launch of the RCJ-Ticket in June. The ticket offers a year of RCJ programming for just $18, thanks to funding from the Albert L. and Janet A. Schultz Endowment Fund for Jewish Programming.

“A lot of times our activity-based events will have a direct Jewish connection, such as our "Shavuot Plant Night" event (where we made terrariums),” says Ginsburg. “At other events we are simply bonding, enjoying ourselves, and building a Jewish community through friendship. And that's what makes it great— whether we're drinking beer or lighting candles, Judaism is becoming a regular part of our lives in Akron because we are spending time together."

“RCJ has enhanced participants' connections to Judaism and Jewish culture,” says Osherow. “We also promote local synagogue and JCC events, inviting participants to become involved in other aspects of the Jewish community.”
Some RCJ members have taken on larger roles in the community. Ginsburg joined the board of JFS. Also, “shortly after completing the Jewish Leadership Initiative (JLI), I joined the board of the Rubber City Jews as its first treasurer,” says Ginsburg. “I get to do skill-based volunteering, but I also get a chance to lead. Working with the entire board, I help guide our overall plans and strategy, which is invaluable professional development experience.”