Area synagogues, churches and mosques are reassessing their security in the wake of continued attacks on the faithful.

“We can’t let this become the new normal,” said Todd Polikoff, chief executive officer of the Jewish Community Board of Akron, “and that’s the imperative.” 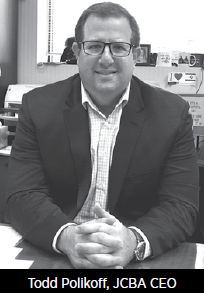 Leaders in the Greater Akron Jewish community are now part of a national text system that alerts them to threats and crises nationwide. Information can then be disseminated locally if needed, Polikoff said. The texting system is part of a community-wide crises communications plan, established by the Jewish Community Board of Akron.

This year, the board hopes to have a communitywide security assessment completed. A total of $25,000 has been budgeted for this effort, which will involve the campus that houses the Shaw Jewish Community Center and organizations in the Greater Akron Jewish community, with an estimated 3,000-plus people.

Many area houses of worship in recent years have added security guards, started locking doors during services and employed other security measures.

At its meeting this Tuesday, the Akron Area Interfaith Council will continue its discussions of its Disaster Response Program, which focuses on helping area faith organizations with developing security plans, as well as responding to violent and non-violent incidents.

“You can’t even take a breath [after the attack by a knife-wielding man at a rabbi’s home in New York] and the next day there’s a shooting in a church in Texas,” Polikoff said, noting that the planning for the Jewish Community Board of Akron’s security assessment began long before the recent incidents in New York and Texas.

The Jewish community has long been concerned about security, Polikoff noted, but with the rate of violence against synagogues and other places growing, “the number of people around the table having talks about security is increasing exponentially.”

Expanding preparedness
The Akron Area Interfaith Council joined with other organizations, including the American Red Cross, when it created a binder of information to distribute to houses of worship.

“There’s more to this than the mass shooter,” though the notebook does talk about the ALICE (Alert, Lockdown, Inform, Counter, Evacuate) response to a shooter, said Fortnoff, vice president of the council, with a membership that includes faith groups as well as non-religious organizations. Fortnoff is a member of Temple Israel.

What if there’s a bomb threat? he said, or a fire, or a downed live wire? Are there copies of church records kept off site?

The House of the Lord in Akron is among larger area churches that have a large security team. A July 2018 Beacon Journal article said its security team had 20 members. Some of this group wore suits and some wore “security” shirts, the article said.

He said security efforts this year are going to include training on dealing with people who approach in an apparently unstable state.

“We’ve had some people come in and displayed some, what may be, mental health issues,” Matherson said. Situations did not get out of hand, he said, “but we could have done better. It’s the better I’m looking for.”

Polikoff, CEO of the Akron Jewish Board, said it’s tough to find the right balance when it comes to security and faith organizations.

“We need to make sure we are doing that things that keep members or congregants safe, but at the same time we have to maintain the tenets that keep us a welcoming and open community.”