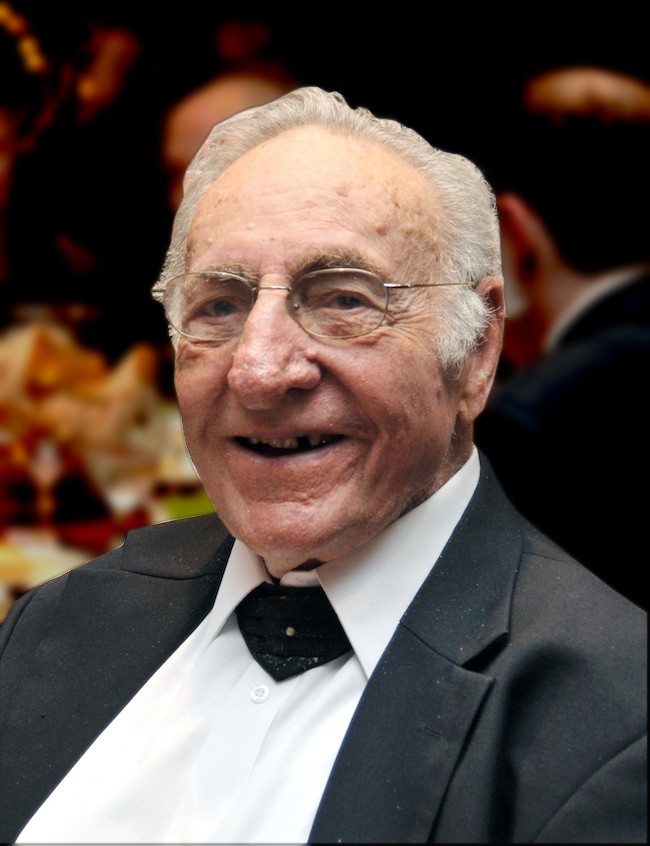 Yet another Balch Street romance! Like so many others both before and after them, David Lockshin and Rita May met as teenagers at the Akron Jewish Center on Balch Street. Both from Beth El families (although the two of them barely knew each other there), they dated through high school at Buchtel and throughout the years that Dave spent at Ohio State. Once David graduated, they got married (July 3, 1949, at the Mayflower Hotel) and started their married life in Akron.

David worked at Uniwear, the family business his dad had started with partners in Youngstown; David became president of Uniwear and four other companies by the end of his career. Their two children Rick and Susie (Kattan) came along, and life was busy. But always David Lockshin felt a responsibility—“a responsibility I needed to pay and do for the Jewish community.”

As David himself put it succinctly, “I had to do three things” as a Jew in Akron: “belong to a synagogue; give to Federation [now the JCBA]; and belong to the Center [now the Shaw JCC].” And that’s what he has always done, whether here in Akron or as a snowbird in Florida.

But David Lockshin did even more than “belong” and “give.” He also led, both as president of Federation and as president of the Akron Jewish Center (at a particularly dynamic period, when Center Towers was being built).
And one more thing this perennial jokester has never been reluctant to do: ask other people for money! As a person who never says no himself, he has always felt particularly qualified to ask others to step up as well—to the Akron Jewish community’s great benefit.

So it is as a role model for belonging, giving, leading, asking, and always answering yes, that the JCBA is recognizing David Lockshin. The entire Akron Jewish community is invited to a reception in Dave’s honor on June 16, 2016, at 5:30 pm at the Shaw JCC on the Schultz Campus. Furthermore, in a testament to his own generosity, the honoree is insisting on underwriting the entire cost of the the event himself! So there is no cost, but RSVPs are required to ensure that adequate preparations are made.

Just hearing David Lockshin’s name makes people smile. Maybe it’s his corny jokes, or the warm friendship he offers so freely. Or maybe it’s his pure menschlichkeit, the Yiddish word that describes a person of honor and integrity. Or maybe the best description of David Lockshin’s essence comes from his wife Rita: “Some people just have that feeling in their hearts!”