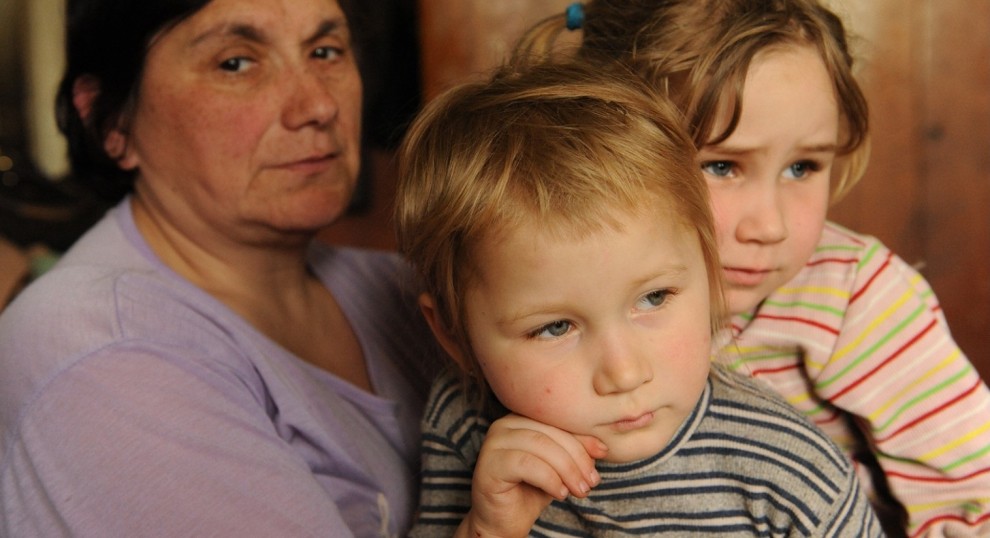 The conflict in Ukraine is one of the worst humanitarian crises in the world today. And 350,000 Ukrainian Jews have been caught in the crossfire.

During times of calm in Ukraine, our partners help 70,000 impoverished children and elderly. Today, service providers are stretched beyond capacity as thousands more Ukrainian Jews have become dependent on aid from federation partners.

When Sophia, a social welfare caretaker in Donetsk, was visiting a 97-year-old client one morning, a massive explosion shook the building. Sophia was shaken, but she quickly resumed her daily duties: bathing her client, cooking breakfast, and after making sure she was OK, going to her next appointment. “I understand I can be killed or injured, but I try not to think about it,” she says. “Caring for these people gives me strength and courage.”

Masha Shumatskaya and her family embraced the revival of Jewish life in Donetsk after decades of Communist suppression. She attended Jewish school, learned Hebrew and thrived in a leadership program for young Jews. But amid ongoing conflict and chronic unemployment, she and her mother were forced to leave everything behind. Displaced and disoriented, they depended food packages and financial help for months to get back on their feet. Eventually, they were resettled in a new home safe from the fighting.

The crisis speaks to the most fundamental reasons that Jewish Federations are so critical. We will not turn away. We will make a difference. Please help support the Ukraine Assistance Fund

Nearly 9,000 Jewish children, families and elderly remain trapped in conflict zones or are displaced by fighting. Amid blockades, a depressed economy and skyrocketing prices, our partners ensure that they receive food, fuel, medicine and water.

Nearly 2,500 Jews have been forced to flee embattled cities, leaving behind homes and jobs. Our partners provide safe havens for them while they regain their footing and integrate into new living circumstances.

Emergency home repairs due to damage sustained during the conflict, along with surgeries and special medications, are critical services our partners arrange on behalf of those in exceptional need. More than 1,000 people in the conflict zone receive medical support each month.

Provide a Waystation to New Lives in Israel

Nearly 6,500 Jews have made aliyah in 2015—a 41% increase over last year’s record numbers. Our partners have developed a center to serve as a home base for Ukrainian Jews on their way to Israel. There, they can access housing, Hebrew courses, orientation to life in Israel and psychological assistance.