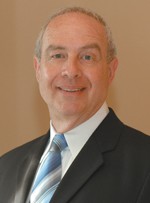 What’s next for David Koch? After he retires from his post as CEO of the Jewish Community Board of Akron (JCBA) on Dec. 21, he will embark on a leisurely cross-country drive with his wife, Shelley. The destinations include visiting his children and grandchildren.

Other than spending time with family, Koch plans to spend more time on his sailboat on the Great Lakes. Then, he’ll see where the wind carries him.

“The most amazing thing about David is that he’s someone willing to take risks and try new things,” says Stuart Glauberman, friend and community leader. Koch is “not afraid to change strategy and find new adventures,” Glauberman explains.

“It’s similar to how he moved into Federation work,” he continues. After many years as a volunteer and leader in our Jewish community, Koch decided to pursue his passion for Jewish life and philanthropy as a career, and, as Glauberman puts it, “he goes all in.”

In 2004, the Kochs moved to San Antonio, where David became director of endowments and fundraising for the Jewish Federation of San Antonio. Three years later when JCBA was seeking a new CEO, Akron came calling. Irv Sugerman, then-president of JCBA, did a lot of that calling.

“I consider hiring David and getting him back to Akron as one the highlights of my presidency of the JCBA,” says Sugerman. “It has been rewarding to see David embrace his role as a professional in the Akron Jewish community, and what has made him succeed in that role is remembering his roots as a volunteer.”

Before he moved to Texas, “David and I worked together on many community initiatives as volunteers, most notably ‘Project Kadimah,’” says Sugerman. “Kadimah restructured the governance model of the Akron Jewish community and created the Jewish Community Board of Akron [in 1999].”

During Project Kadimah’s restructuring initiative, “David was the last Akron Jewish Federation president,” Rosen notes. “In that role, he made the final changes and made sure final vote approved the new [JCBA] structure. It was an enormous undertaking.”

“David then served a two-year term as first president of JCBA,” Rosen says. “He ushered in a new era in his community. Due to his calm, reasoned approach, it’s become as successful as it has. That’s as important as his 11 years as CEO.”

Koch’s extensive experience as a lay leader and former business professional informed his work as CEO.
“He knew the community and the major donors, and he was a fresh set of eyes,” says Dianne Newman, past president of JCBA and current president of Jewish Family Service.

One of JCBA’s most significant accomplishments during Koch’s tenure has been making it financially stable. That has included paying off the community’s debt, tightening the budgeting process, and growing endowments.

Other achievements were “the purchase of Center Towers by the Jewish Community and retirement of that debt and numerous programming ideas,” says Newman.

One of the successful programming ideas was the J-Ticket, to sustain and grow Jewish family engagement in Akron. Significantly reducing the cost of participation in Akron’s Jewish institutions, the J-Ticket is made possible by funds from the Albert L. and Janet A. Schultz Endowment for Jewish Programming.

Koch will pass the torch (literally and figuratively) to Todd Polikoff, JCBA's new CEO, who starts Dec. 3. Both incoming and outgoing JCBA CEOs will light the menorah at Chanukah at the Mall on Dec. 6.