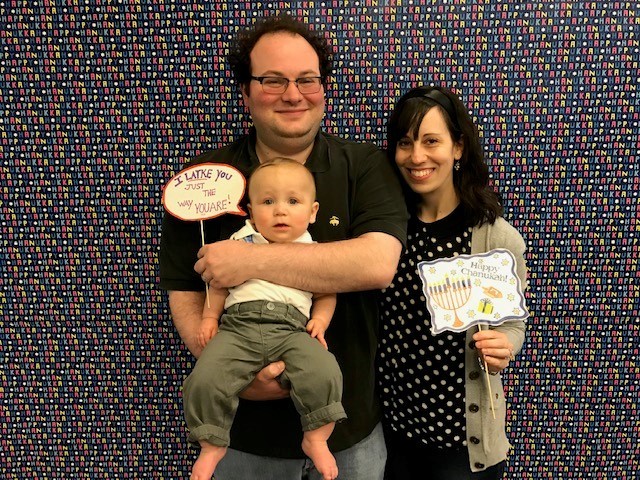 Scott Newman grew up in Akron and returned after college for law school at University of Akron. After passing the Bar, Scott began practicing in the area and would attend programming with the newly formed Rubber City Jews (RCJ) for young Jewish adults. Little did Scott know that one day he would meet his future wife, Meghan at one of these events. Meghan came to an RCJ event from Cleveland and they met, fell in love and married.

After they married, both Scott and Meghan were participants in Jewish Leadership Initiative (JLI), furthering their involvement in Akron’s Jewish Community. Scott is the secretary of the Lippman School board and on the Beth El Congregation Board.

Now enter, baby Benjamin Newman who is enrolled in the infant room at the Mandel Early Childhood Education Center and having a blast with his new friends. The family also participates in the monthly PJ Library infant and toddler playgroup.

Not only is Scott Newman’s heart in Akron, he brought two of the dearest people in his life to Jewish Akron as well.