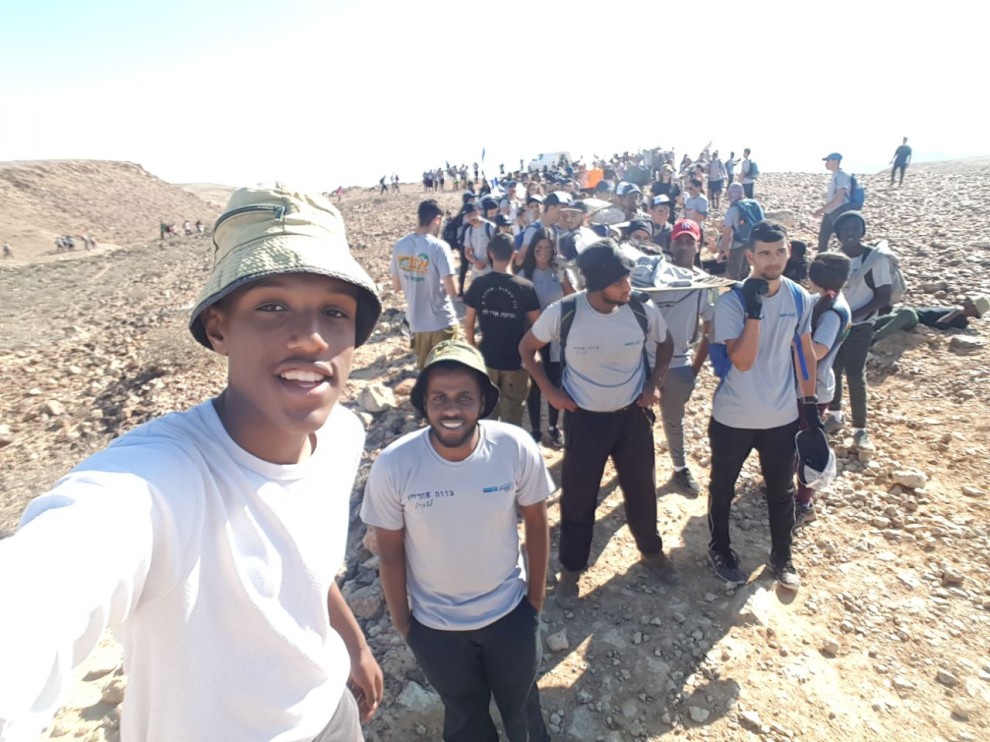 On March 14, Aharai! staff Yair Sherf and Aviad Shtrauch visited the Shaw JCC to share about the Aharai! program in Kiryat Ekron. Last year, our community helped raise funds to support the program. Here’s what we learned about Aharai! in Kiryat Ekron, Akron’s sister city, and across Israel.

Aharai! is an organization that develops leadership sills and promotes social involvement among youth from the projects, development towns, absorption centers, boarding schools and shelters. The organization provides the teens a sense of achievement and capability, encouraging them to fit in as contributing citizens in Israel.

Currently, Aharai! boasts 7,500 youth members and offers them numerous programs, including: IDF preparation, matriculation learning centers, empowerment courses for Israeli Ethiopians and other new immigrants, military academy and more. Aharai! has more than 45,000 alumni. 11,000 of them have continued to be active in the Aharai! alumni organization.

Yair and Aviad explained how important the work that Aharai! is doing for Kiryat Ekron teens and the change that Aharai! is leading in Israeli society. They shared with us a few stories from the teams’ activities over the last year in Kiryat Ekron. One of the team members said: “In Aharai!, I feel equal to everyone; I am like everyone else. I feel safe. I feel they are there for me and will look after me. They listen to me. They reprimand me when I have it coming. They believe in me and my abilities and give us all hope. This matters – when someone believe in you and your dreams.”

This year, Aharai! Started the Aharai in the Field program in Kiryat Ekron, which develops field skills among the 15-16 year-old teens. That team ended up winning first place in a regional competition during Tu Bishvat. This was the second year the Aharai! IDF program operated in Kiryat Ekron, for 17-18 year-olds.

At first, one of the participants, Yigal  was very shy and didn’t show up for all the training at first. After motivating conversations with the team counselor and journeys they had together, Yigal started to blossom and became one of the team’s best pupils. Now he’s thinking about going to Mechina, a gap year before IDF service in wich he can learn leadership skills and expand his horizons. This is a great achievement for him personally.

The collaboration we’ve created between Jewish Community Board of Akron and Aharai! in Kiryat Ekron is so important. Thanks to our community’s generosity, this year Aharai! Opened up two teams for Kiryat Ekron teens and expanded the impact the organization has on the lives of teens in need in Kiryat Ekron.